My sister and I had been talking about going on a “girls weekend away” for a long time and finally decided on a stay in Meersburg on Lake Constance. The only weekend we found was one at the beginning of November but it turned out to be beautiful. It was cold and overcast, but the trees were ablaze and the muted colors along the lake gave everything a quiet and relaxing feel. It was nice to visit in the off season as Lake Constance can be quite crowded in the warmer months. But we liked the off-season feel to it.

I arrived by boat from Constance and eventhough the ride was only about 20 minutes, it felt like I was going on a big voyage. Any place I have to take a boat to get to is special. I love the smell of water, which I find to be more pronounced in the evening and early morning. That’s why I was out before breakfast taking photos and walking along the lake. We spent Saturday morning walking around town, first up to the castle, then down the little streets.

In the afternoon we drove over to see the Barbary monkeys in Salem. These monkeys which are native to Morocco and Algeria are an endangered species. In Salem they are able to run free in a large area and because Salem is integrated in a conservation project monkeys have been reintroduced to their natural habitat in Morocco and let free. In Salem we were allowed to feed the monkeys and watch them jump from branch to branch, chase each other and play. 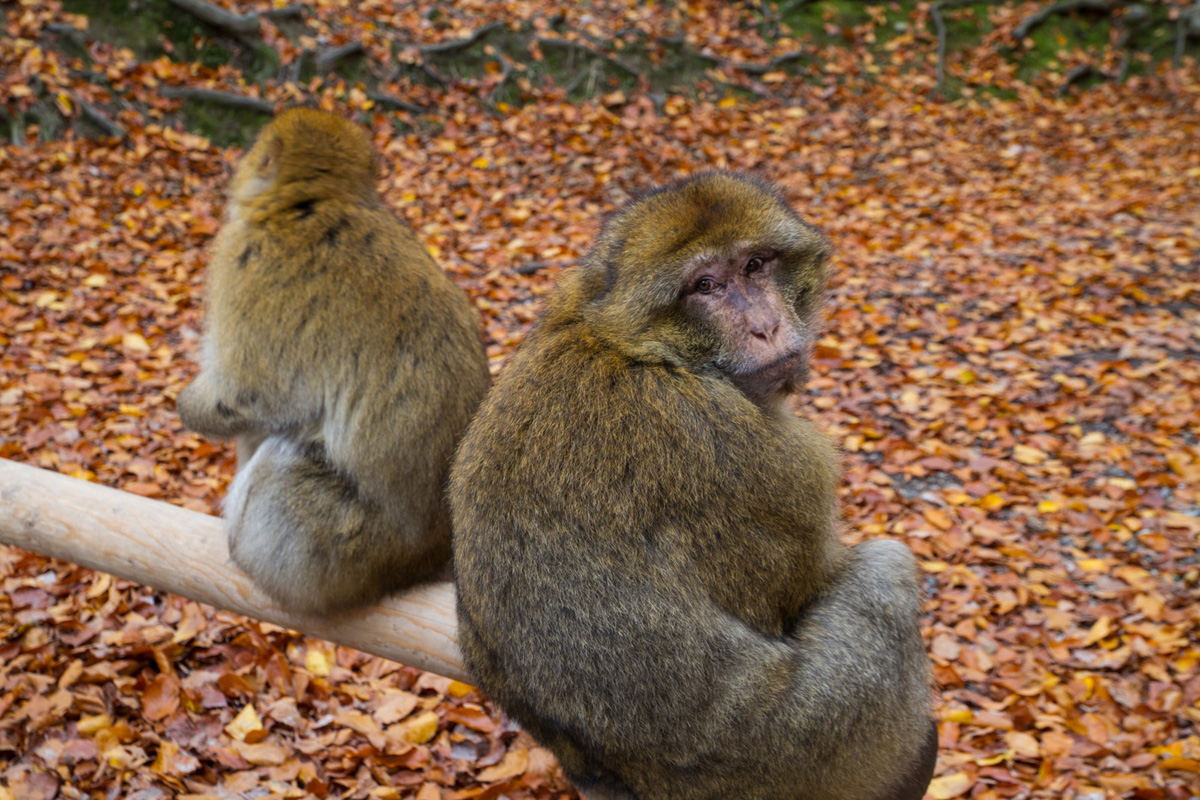 In the late afternoon we took a walk along the lake until dusk. The next morning we took the ferry across the lake and drove the short distance to the island of Mainau. This beautiful island is a huge botanical garden. In the spring thousands of tulips and other bulbs are in bloom, in summer the roses and in autumn the dahlias. This was the third time I’ve been to the island and the only season I haven’t been to the island is in winter. We walked around and enjoyed the quiet watching squirrels chase each other up the trees, looked at the last blooming roses, saw the late dahlias and enjoyed the colored leaves on the trees.

When we reached Constance at noon, the sun was making an appearance and before we parted ways we had cake in a café.

I can highly recommend a stay on Lake Constance in the off season. Autumn may seem like an unlikely time to come, but it’s beautiful.

We enjoyed our stay at the Hotel Seepromenade. The food was so good, we had dinner there both nights!

The homemade cakes at Café Pop were delicious and we liked our lunch at the Neues Schloss hit the spot on that chilly Saturday.

In Constance we grabbed a seat at the very popular Vogelhaus for a tasty lunch before leaving Lake Constance.

This site uses Akismet to reduce spam. Learn how your comment data is processed.