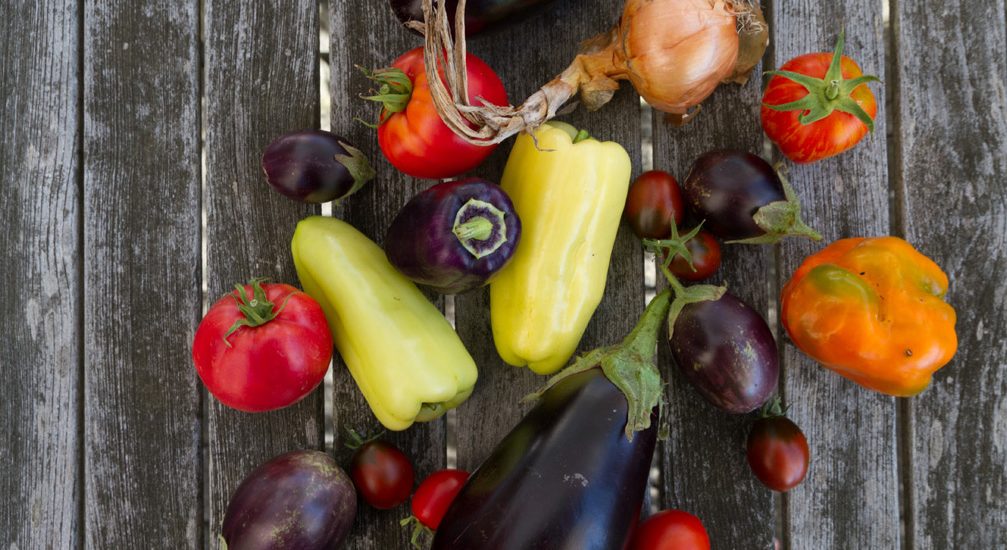 This year’s hot and dry weather has caused the garden to explode earlier than it usually does. When I returned from picking everything that was ripe, I realized that I had all the ingredients for caponata. Caponata is a Sicilian dish similar to the Provençal dish ratatouille which also features eggplant and tomatoes as the main ingredients but adds olives, capers and raisins.

Although typically served as a side dish, it can be found as a main dish and that was just the way I served it. After chopping up all the peppers, tomatoes and eggplant, I added capers, olives and a handful or raisins. Once the vegetables were soft, a bit of vinegar is added to give it that sweet and sour flavor Caponata is known for.

Place the chopped eggplant in a colander and sprinkle with salt. Let it sit while preparing the rest of the vegetables. Place all the vegetables in a large pot and add the oil, olives, capers, raisins and sugar. Cover the pot and cook over high heat until the vegetables are soft. Add the vinegar and cook until the liquid had evaporated. The Caponata should be soft and just a bit juicy. Season with salt and pepper as needed.

Enjoy hot, cold or at room temperature on its own or with a piece of crusty bread.

This site uses Akismet to reduce spam. Learn how your comment data is processed.